Hope Lodge No 4003 has a rich and eventful history, but few events could be as pleasing to its WM John Lomax and all the members alike, as the arrival and the celebration of its centenary. 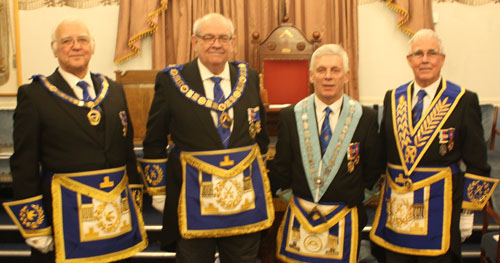 The story begins back in 1842 when the lodge’s mother lodge, Lodge of Faith No 484, was consecrated. Initially it met in Newton-le-Willows but moved to the Gerrard Arms in Ashton-in-Makerfield a few years later and then again to the Fleece Hotel around the corner in 1901.

The lodge flourished in the years that followed, and despite multiple ceremonies and emergency meetings the waiting list to join grew bigger and bigger, year on year. This was especially the case following the 1914-18 war and seemed to be the catalyst in 1919 for the founding of Hope Lodge. The consecration took place on 15 January 1920 in the Masonic Rooms at the Fleece Hotel. Membership rose quickly and by 1924 there were 71 members.

Both Faith and Hope Lodges continued to meet at the Fleece Hotel until 1930, when the two lodges together purchased the Park Lane Colliery Village Institute at Bryn for £1,600 and it was converted into the Masonic Hall that they, and now many other lodges, chapters and other Masonic Orders meet. 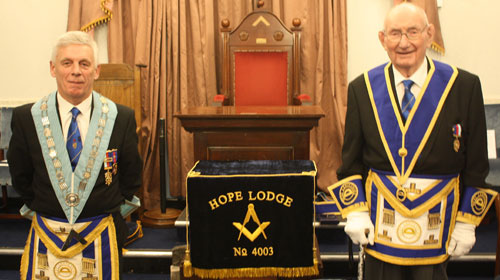 At that time, Hope Lodge had over 100 members. By the end of the Second World War the two lodges had a combined membership of 246, with long waiting lists of candidates. Hope Lodge was directly responsible for the consecration of Vigilance Lodge No 6236 in 1946, with Bryn Lodge No 6553, sponsored by Faith Lodge, following in 1948.

During the next four decades, Hope Lodge continued with a constant membership, regular initiations and all was healthy. During the 1980s, candidates started to slow, and in 1989, for the first time in its history, there were no candidates initiated. The trend continued and membership reduced, and in the 1990s there were  only 14 initiates in the entire decade.

Membership continued to fall and there were times when they thought they would never reach this great milestone, but a candidate in 2017, the first in over four years, followed by an influx of joining members and further candidates in the years that followed have put the lodge in a much healthier position. Hope springs eternal. 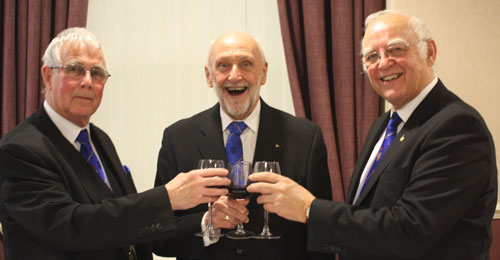 Back to the celebration, and a further part of the history of this fine lodge. It was, of course, a full Provincial affair. Led by Phil Gunning, the Provincial team took post and Provincial Grand Lodge was opened in the lodge.

Phil was acting as Provincial Grand Master, with David Ogden as his deputy. As well as the Provincial team, there were a number of grand and acting Provincial grand officers, as well as a full contingent of group officers.

The centenary warrant was read and presented on the new lodge cushion, and the members were each instructed to wear their special centenary jewels. Provincial Grand Chaplain Godfrey Hirst delivered an oration to the lodge and gave a prayer of re-dedication.

A surprise came when Peter Taylor read out a patent of appointment to the rank of Past Provincial Grand Superintendent of Works for Peter Halliwell, lodge secretary, who was sat at the side of him. Phil then formally invested him with his collar.

Following the closing of Provincial Grand Lodge, the lodge concluded its business and the Provincial team processed out. A wonderful festive banquet followed with a lively, fun filled atmosphere. Five splendid courses accompanied by fine wine and great company.

The members of Hope Lodge.